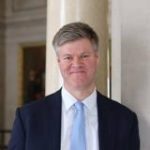 David joined King’s Business School in April 2020 as Professor of Finance and Director of the Qatar Centre for Global Banking & Finance. Previously, he spent 17 years working as an economist at the Bank of England – most recently in the role of Technical Head of Division in the Financial Stability Strategy and Risk Directorate where he led the Bank’s work on various macroprudential issues.

Between 2013 and 2015, David was seconded to the Board of Governors of the Federal Reserve System in Washington DC, where he worked as an advisor in the Division of Financial Stability. In 2008, David was a Visiting Scholar at the Bank of Japan’s Institute for Monetary and Economic Studies. David has represented the Bank in various international fora, including meetings of the Financial Stability Board, the Basel Committee, and the European Systemic Risk Board. Rhys Michael Bidder is Deputy Director of the Qatar Centre for Global Banking & Finance and a Senior Lecturer in Finance at King’s Business School. His research interests are both applied and theoretical, focusing on macroeconomic policy, banking, and financial regulation. Rhys is especially interested in distressed debt and stress testing – both timely and important topics as the effects of COVID play out and as climate risks are gradually incorporated into stress scenario modelling. 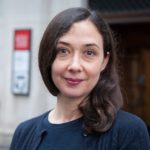 Francesca is the former Deputy Director of the Qatar Centre for Global Banking & Finance at King’s Business School. Francesca holds a PhD in Economics and Statistics from the Université Libre de Bruxelles.

Before joining King’s in November 2019, she worked at the Bank of England for 10 years, focusing mainly on macro modelling and monetary policy strategy issues. Her research spans the fields of macroeconometrics, empirical macro and monetary economics. 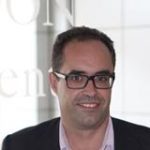 George is Professor of Finance and Econometrics at King’s Business School. He joined King’s in September 2015. He holds an MSc from the London School of Economics and Political Science and a PhD from Cambridge University.  Prior to joining King’s he worked at the National Institute of Economic and Social Research and the Bank of England. He was Professor at Queen Mary, University of London, where he was also Head of the School of Economics and Finance between 2007 and 2014.